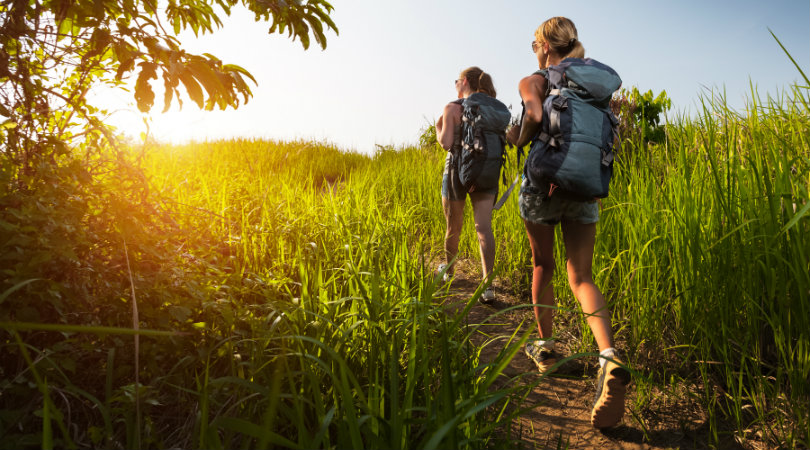 The New England weather is finally, slowly, fitfully getting warmer, and that means we have our minds set on enjoying the outdoors! There’s nothing like a good hike to clear the mind and refresh the soul. Plus, hiking (or even just walking) remains one of the best ways to get the blood flowing, improve cardiovascular health, and manage or prevent health risks like diabetes and neuropathy.

Of course, if you’re getting bored of the same 2-mile loop around your home or apartment—or you’re simply ready for something a little more challenging—you have dozens of great options in and around the New Haven area. In fact, here are 5 of our favorite day hikes, all accessible within a 30-minute drive or so of our office in Hamden, CT.

What, did you expect us to start the list with something else? There’s a reason we call our city “The Land of the Sleeping Giant,” after all. The striking, picturesque ridge is hard to miss. The park itself offers around 30 miles of trails, and while the hike can be a moderate challenge (especially for a beginner), the vistas are totally worth it. On an exceptionally clear day, you can see all the way across Long Island sound!

Sleeping Giant is, of course, one of the most popular trails in the state, so you’ll probably see lots of other hikers and pets out and about—especially if you go on a weekend. For some people that’s a positive, but if you’re looking for something a little more secluded, you might have to look elsewhere.

Another no-brainer choice for Hamden residents. The main trail (“Regicides Trail”) is easy-to-moderate in difficulty and follows the main ridge, which of course offers a lot of great views of the surrounding region. A second main route, known as the white trail, takes you past Lake Wintergreen.

Besides those two paths, there are plenty of shorter connecting routes and other trails that take you through forests, along streams, and past Judge’s Cave—a historic landmark where, in 1661, Edward Whalley and William Goffe, two of 59 English judges who had previously sentenced King Charles I to death, hid from agents of Charles II. 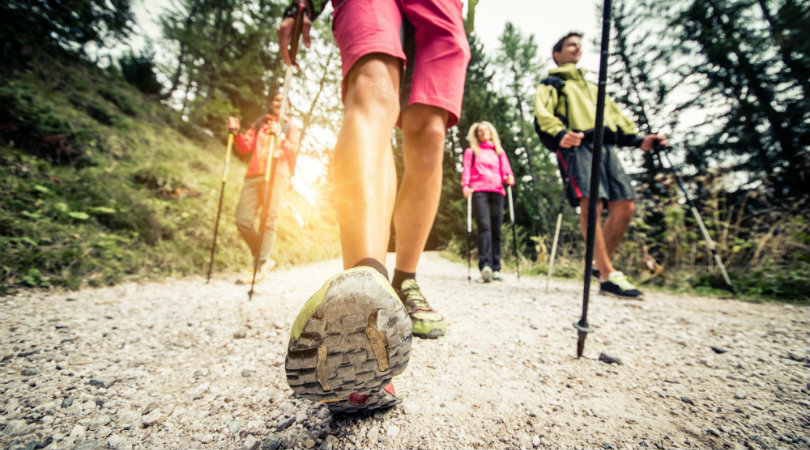 Managed by the non-profit Peter’s Rock Association on land owned by the town of North Haven, Peter’s Rock Park is easily the smallest park on our list, but it makes the most of its contained suburban footprint. You’ll find a dense network of 10 short, interconnected trails (all 1 mile long or less) with lots to see and do. There’s also a good range of difficulties here, with lots of easy-to-intermediate trails and loops and more challenging ascents and descents.

If you’re a fairly experienced hiker willing to do some “scrambling” and you’ve already been to the top of Sleeping Giant countless times, we recommend Mount Higby, 20 minutes north and part of the Mattabesett, as a solid alternative. The views are typically spectacular, with a lot of unique and colorful local plants and wildlife along the way.

Fair warning: the official trail runs very close to the cliff in numerous spots. Alternative routes a little further from the edge are provided, but as always, watch your step. Also, this is an out-and-back hike rather than a loop, which has its pluses and minus depending on what you prefer in your hike.

About 30 minutes southwest of the city, Westwoods boats an extensive hiking system with almost 40 miles of well-marked trails. The park is maintained by the Guilford Land Conservation Trust, a non-profit and all-volunteer organization dedicated to preserving open spaces and keeping them available for public benefit.

Most of the official loops at Westwoods are accessible to walkers and beginning hikers, although there are a few tricky trails with some serious climbs. Probably the most famous feature is the picturesque Lost Lake (which you can access from the white circle and white square routes), but other points of interest include caves, streams, rock formations, and a long plank walk. 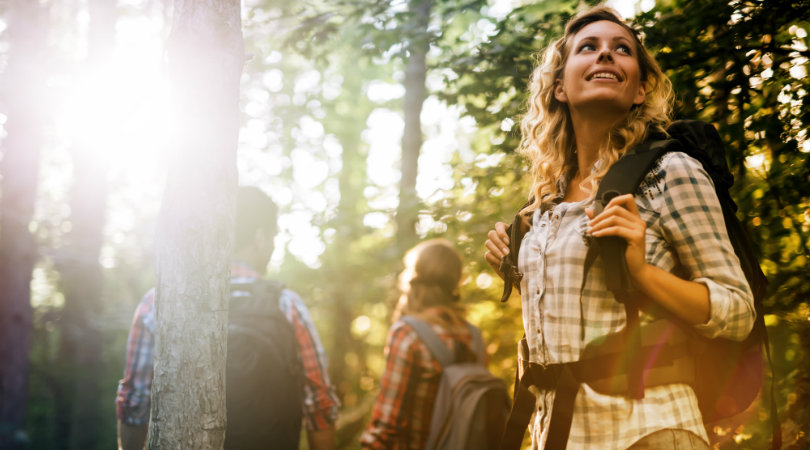 So there you have it! Five great hikes, all within a (figurative) stone’s throw of Hamden, CT. There are plenty of others to choose from, too, so once you’ve tried these it’s time to get out there and explore some more!

Of course, if you have serious foot pain, even the easiest of these trails might seem an impossible task. It might be hard enough just to get from the bedroom to the kitchen! But it doesn’t have to be that way. If you’re yearning for the foothills but can’t go because your foot kills, give us a call at (203) 876-7736. We’ll be happy to put you back on the path!

by Dr. Sanjay V. Patel [email protected]
Connect with me
Dr. Patel has over 20 years of experience in the field of podiatric medicine and podiatric surgery.
Be the first to comment!

To reply to this message, enter your reply in the box labeled "Message", hit "Post Message."